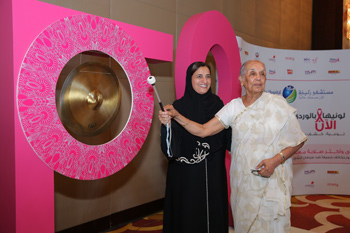 Now in its fifth consecutive year, the ‘Pink It Now’ campaign enjoys the goodwill and patronage of several international and local doctors, and was launched alongside prominent global cancer campaigners.

The initiative comes in line with the UAE government’s health goal of decreasing cancer fatalities by 18% within 2021, and is being undertaken in collaboration with The Pink Caravan, an FoCP initiative that has been functioning in the UAE since 2011 to raise awareness about breast cancer; highlighting the importance of early detection, regular check-ups, and dispelling the innumerable myths that surround this disease.

During the ‘Pink It Now’ launch ceremony, HE Sheikha Lubna Al Qasimi, emphasised how empowering the public through awareness campaigns such as this make all the difference when it comes to disease prevention and the promotion of health – even more so in case of breast cancer, as early detection and timely treatment can reduce fatalities up to 98%.

HE Sheikha Lubna Al Qasimi remarked, “The Pink It Now campaign highlights the need for continued education and access to specialist screening options. It underlines Zulekha Hospital’s steadfast commitment to helping address the health care needs of patients and their families within our community.”

“I take this opportunity to thank Her Highness Sheikha Jawaher bint Muhammad AlQasimi, wife of His Highness Sheikh Dr Sultan bin Muhammad Al Qasimi, the Ruler of Sharjah; Founder and Royal Patron of FoCP, International Ambassador for the World Cancer Declaration of the Union for International Cancer Control (UICC), International Ambassador for Childhood Cancer for UICC and Patron of Global NCD Alliance Forum, for the pioneering role Her Highness’ has played in spearheading Sharjah’s and the UAE’s ongoing battle against cancer and other NCDs,” Sheikha Lubna added.

According to a WHO World Cancer Report, breast cancer has a substantially higher incidence than any other type of carcinoma.  In 2012 alone the disease affected 25.2% of the world’s female population, with 14.7% fatal cases. The UAE registered 568 incidences of the disease, a rate five times higher than those of cervical or colorectal cancer. 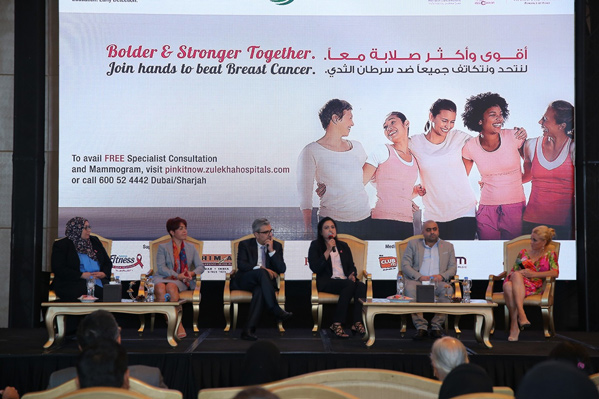 Her Excellency Ameera BinKaram, Founding Member and President of the Board of Directors of Friends of Cancer Patients (FOCP) Head of Pink Caravan Ride Higher Steering Committee, said: “Many women in the UAE still hesitate to attend regular cancer check-ups and they make medical appointments only when they are unwell. This puts their health at risk, particularly in view of the fact that breast cancer is the most common form cancer in women worldwide.

“It is vital that women in the UAE undergo regular check-ups as 98% of breast cancer cases which are detected during the early stages of the disease can be cured with the patient making a full recovery. It is also imperative that women perform frequent self-examinations, as 80% of breast cancers are first detected by women during this procedure.”

“With Pink Caravan supporting ‘Pink It Now’ campaign, we want to empower women with sound knowledge on breast cancer prevention and screening options as this disease is curable if detected and treated before it develops into its advanced stages,” BinKaram added.

Dr Pamela Munster, renowned cancer expert from the University of California in San Francisco, United States and the campaign’s chief ambassador since its inception, said: “Nearly 1.7 million new cases of breast cancer were diagnosed in 2012 and in the Middle East and North Africa alone breast cancer amounts to 30% of all cancer cases.

“With this number expected to double in the next two decades, educating communities about preventive measures is more important than ever. The precise causes of breast cancer are not yet fully understood, so we urge women to perform regular breast screening as it enables early treatment.”

The 2015 edition of ‘Pink It Now’ saw 1,826 women taking advantage of free specialist oncologist and gynaecologist consultations and this year women in the UAE can again register for free tests at Zulekha Hospitals in Dubai and Sharjah from now until December 31.

Zanubia Shams, Co-Chairperson of Zulekha Hospitals, said: “Since breast cancer has a high degree of cure if detected early and treated adequately, our commitment is to ensure that women in the UAE receive relevant consultations and therapy.”

“Last year, we doubled the number of women registering for free screenings over 2014 and we hope to have the same continued success this year. Public awareness is incredibly important and we encourage more patients to attend a check-up appointment, which they can avail at Zulekha Hospitals in Dubai and Sharjah up until the close of 2016.”

“Through this campaign we encourage both men and women to get screened because we know that awareness leads to early detection and early detection saves lives. Ford’s Warriors in Pink has embraced its role as a catalyst to inspire breast cancer survivors to share their stories and words of courage, and we remain committed to continue playing this role across the region.”

‘Pink It Now,’ supported by partners including Friends of Cancer Patients, Pink Caravan, Ford Warriors in Pink – Ford MENA, Nestle Fitness, Bhima Jewellers, Colors TV, radio channels HUM FM and CLUB FM, and Femina ME, is one of Zulekha Hospital’s core CSR initiatives, stressing the importance of strategies for cancer prevention, early detection and management of patients with the disease.

In addition to free X- Ray mammogram and consultations with oncologist and gynaecologists, the hospital offers a 50% discounted rates on ultrasound tests.  To register, call 600524442 or visit pinkitnow.zulekhahospitals.com

**Please note, Thumbay Group, Gulf Medical University, and HEALTH magazine are not liable nor responsible for the facts, figures, and overall content of the press releases on our portal. 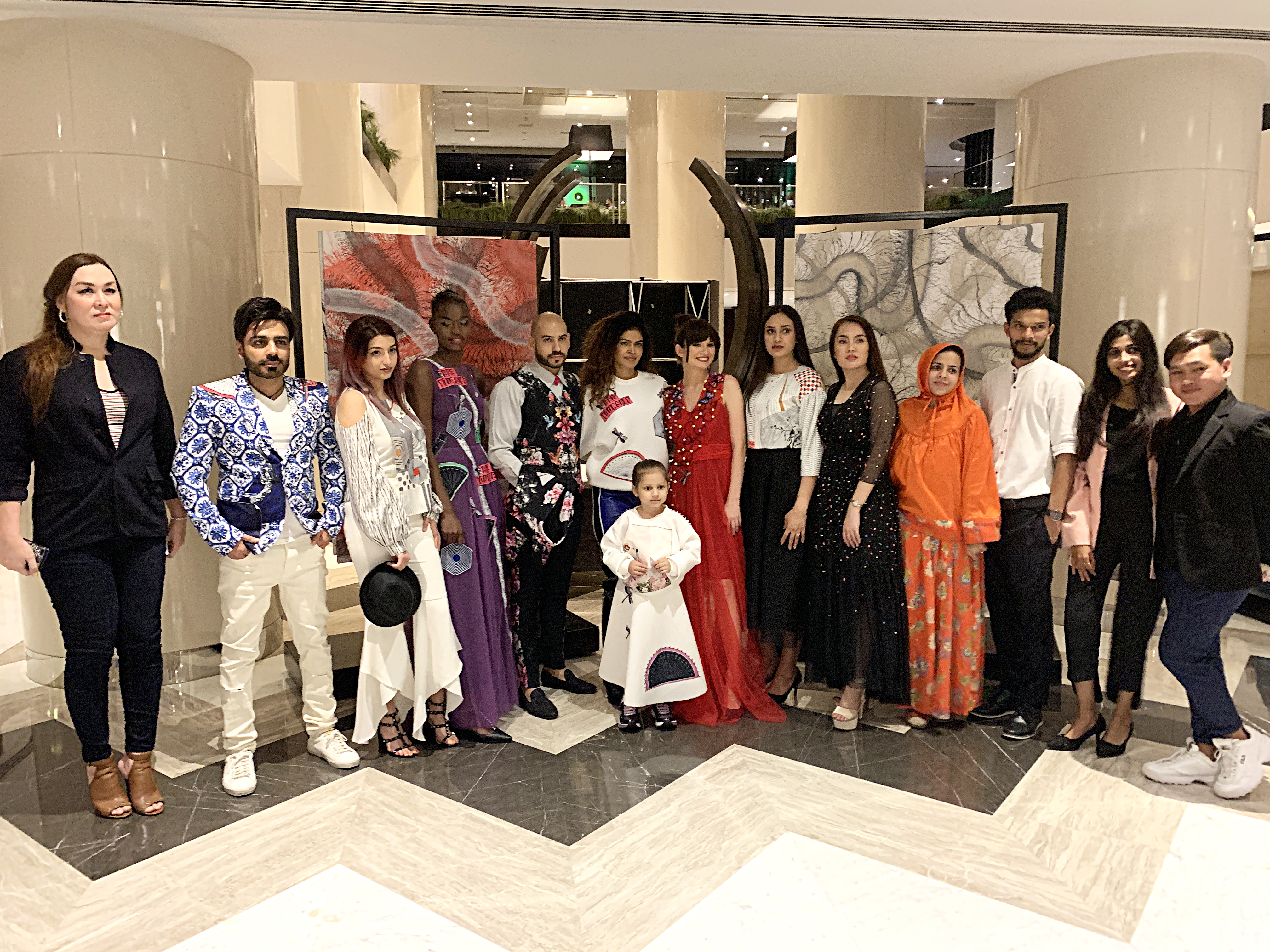 The Movement of Art 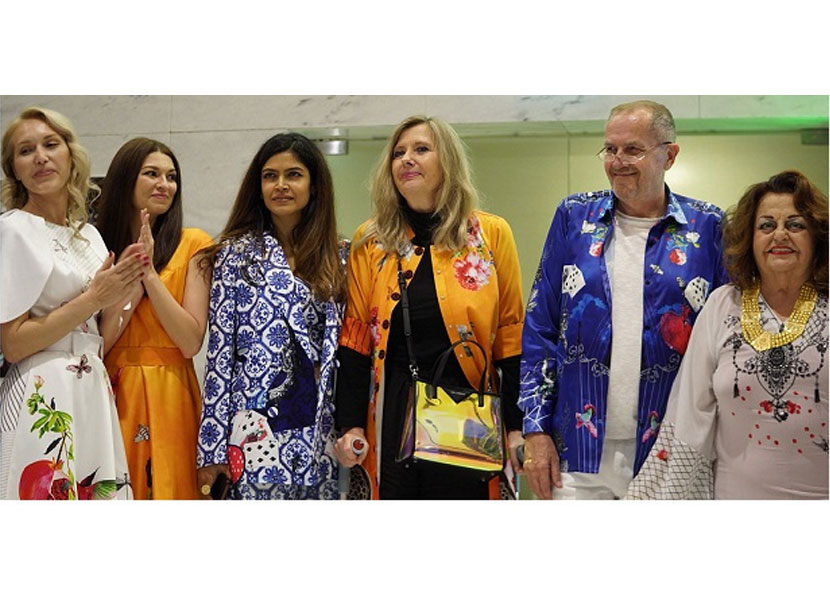 Fashion meets Art to Create Elegance and Style at the ‘Cou 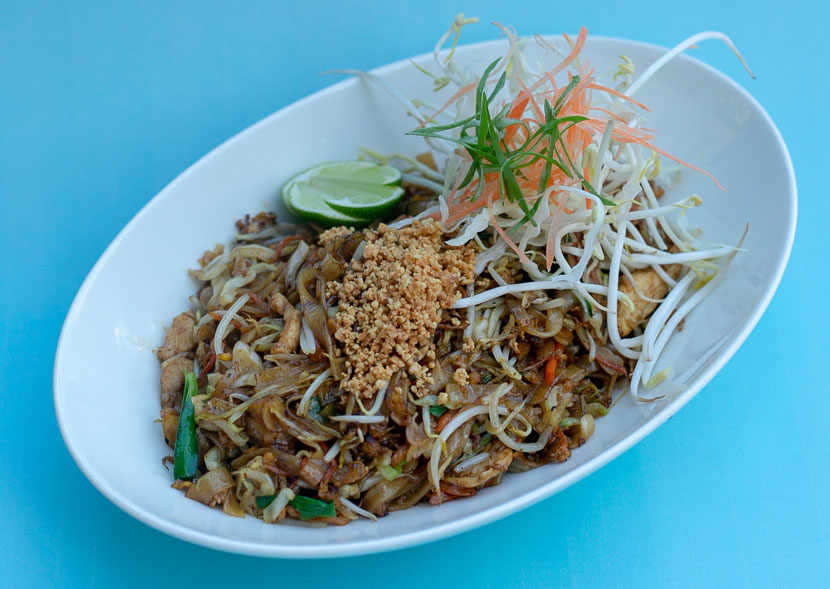 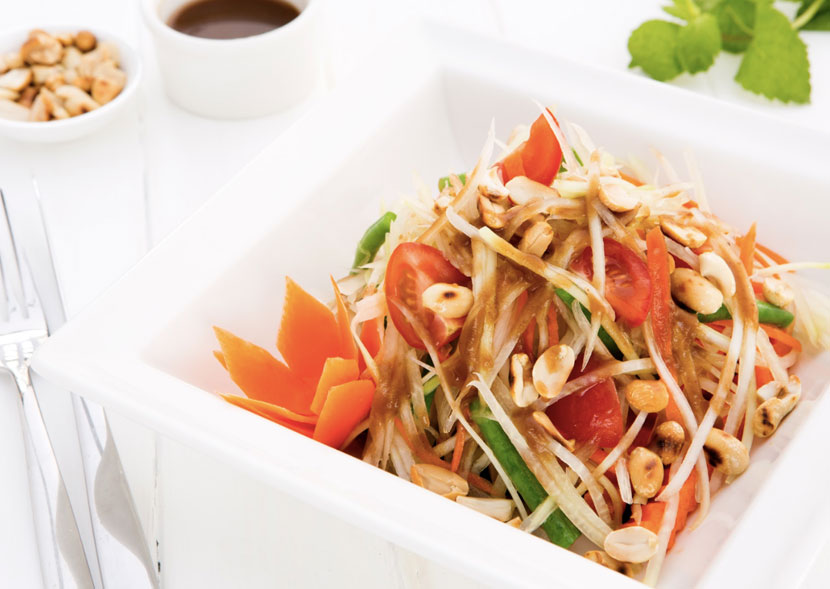 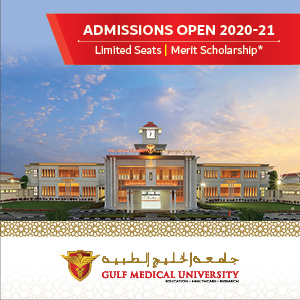