The soy debate rages on as some experts advise against consuming soy products if you’re trying to start a family. HEALTH investigates the facts about consuming whole soy foods and learns that it doesn’t negatively affect your health.

The active ingredient found in soy is what is known as phytoestrogens, explains Specialist in Preventative Medicine Dr. Maria Ridao Alonso. “These have estrogen-like effects in the human body and basically estrogen is the main female reproductive hormone, necessary for example, for ovulation and for the buildup of a proper uterus lining,” she tells. While there a few studies done in the field of soy and fertility, Dr. Alonso points out that there is no evidence that the birth rate is lower in countries with high soy consumption, such as the Asian countries.

The bottom line is there is no problem having a glass of soy milk or eating tofu as part of a healthy diet with variation while trying to get pregnant or being pregnant. Soy is an excellent source of protein, especially for vegetarians and people with lactose intolerance or intolerances to dairy products. In fact, a review reported in The American Journal of Clinical Nutrition states that reproductive and developmental toxicity studies did not find significant variations in fertility from soy phytoestrogens consumption in healthy couples, indicating that normal intake of soy is basically harmless to your fertility and hence your chances of becoming pregnant or maintaining a pregnancy.

No Impact on Menstrual Cycle

Researchers looked at the effect of soy supplementation on the menstrual cycles of a group of 96 premenopausal female monkeys over the course of a year. Researchers say monkeys have menstrual cycles similar to those found in women. Half of the monkeys ate a diet high in soy protein that contained 1.88 milligrams of isoflavones (the human equivalent of about 129 milligrams per day), and the other half got all their protein from animal sources. The study showed that soy supplementation did not appear to change the monkey’s menstrual cycle or affect
their hormone levels. In both monkeys and humans, lowerthan- normal levels of estrogen can make menstrual cycles more variable and negatively affect fertility. Soy treatment did not change any characteristics of the menstrual cycle, including length, amount of bleeding, or hormone levels.

The Benefits of Soy

A diet high in phytoestrogens has been shown to contribute to a lower rate of breast cancer found in Asian women compared with those in Western countries. One explanation for that is that the plant estrogens found in soy, called isoflavones, are in part protective and can increase a woman’s menstrual cycle length or reduce ovarian hormones. The protective effects of phytoestrogens could also reduce women’s exposure to estrogen and may reduce the risk of breast cancer. But changes in the menstrual cycle may also impair women’s fertility. In some cases, when low estrogen levels are a cause of infertility, soy and soy supplements can be used as treatment, even in high doses, Dr.
Rideo Alonso says. “This diagnosis of estrogen deficiency of course needs to be confirmed by your doctor with a blood test or with an ultrasound (showing that your uterus lining around ovulation time is too thin or that you are not ovulating),” she says and then soy becomes a first choice natural medication.

According to David Jenkins, Professor and Chairman of Nutrition and Metabolism at the University of Toronto and St. Michael’s Hospital in Toronto, the richest in soy benefits are soy milk and tofu. He also categorized as being very effective, the soy from meatless burgers and hot dogs. As far as soy sauce is concerned, it is on the other side of the scale because of the scant quantities of active soy within it. So how much soy should an individual consume to benefit from it? One third of a cup a day will give good protective levels in terms of heart disease.

Why We Need to Talk about Fiber 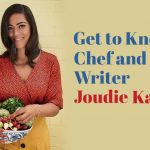 Get to Know Chef and Food Writer Joudie Kalla